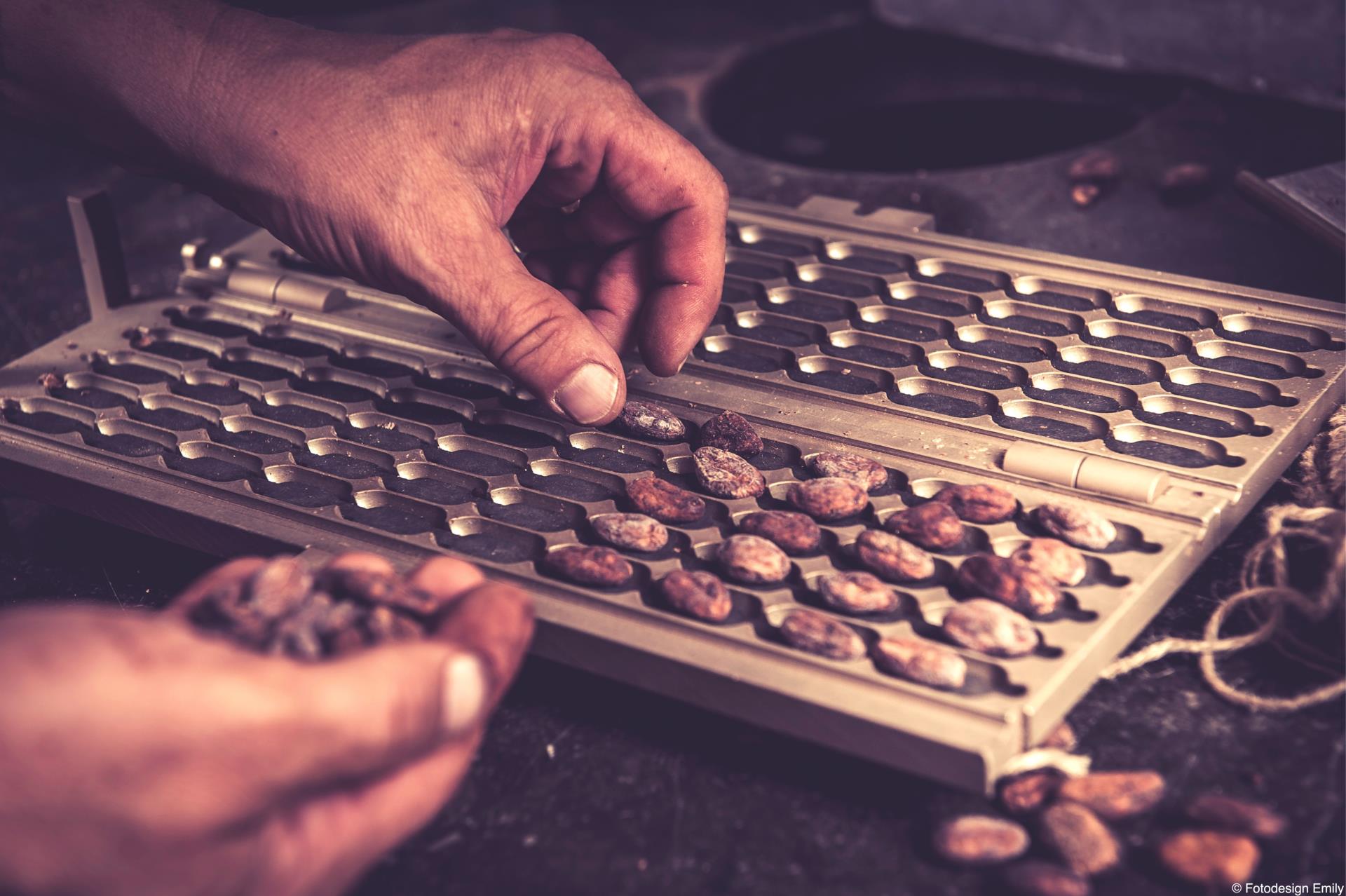 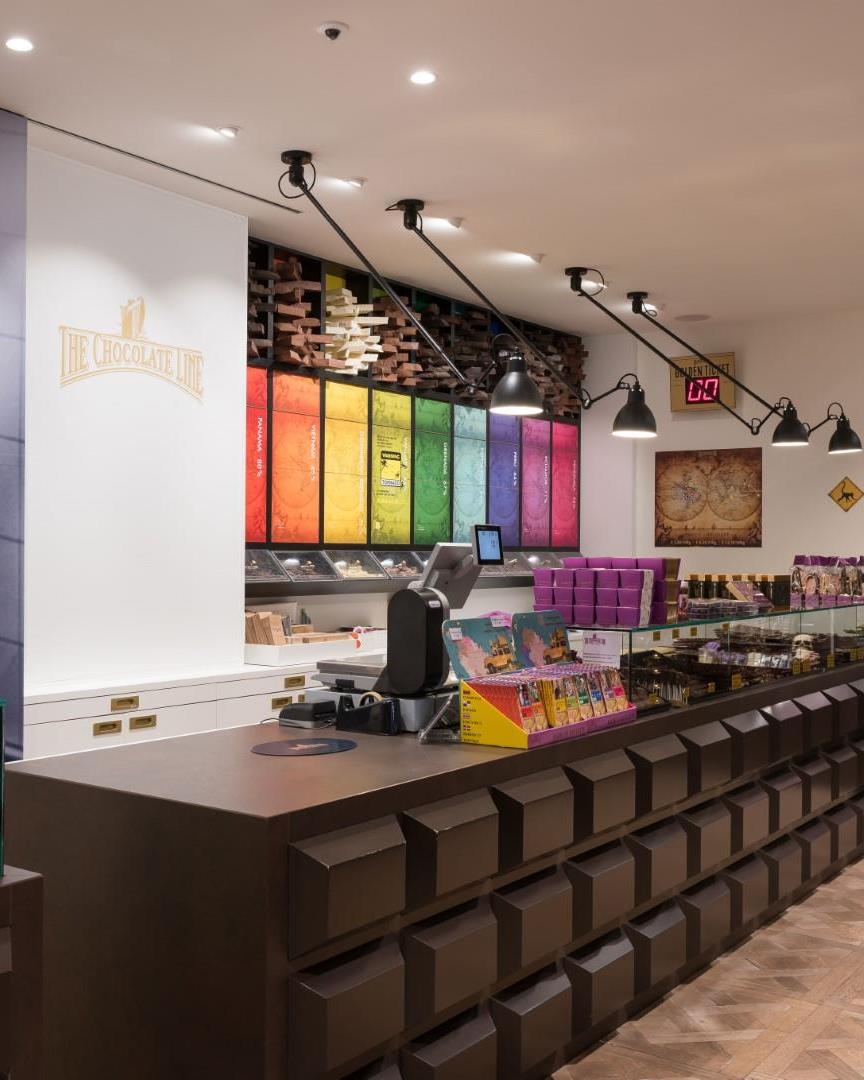 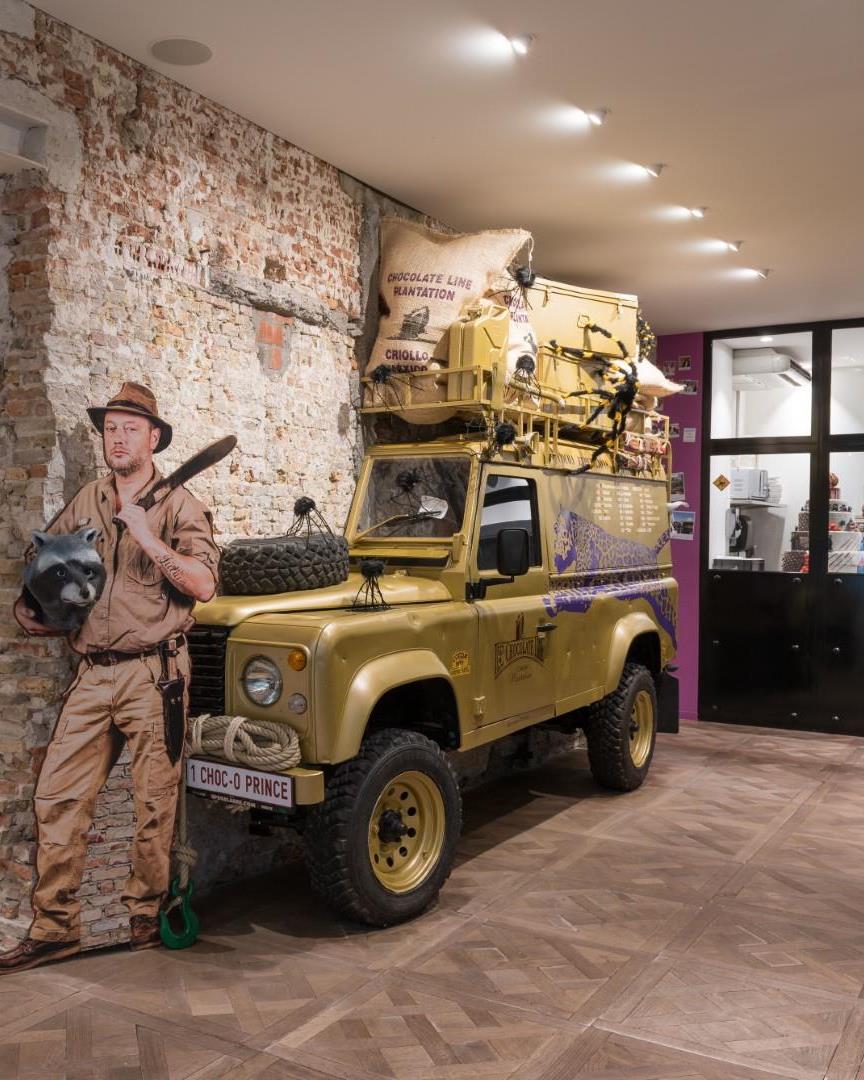 October 4th 2016 is yet another milestone for The Chocolate Line. The shop in Bruges has doubled in size, you can now experience the complete production process “from Tree To Bar”. This expedition store is yet another of Dominique’s dreams come true. You can now witness every production phase yourself: from roasting, peeling, crushing the beans into a fragrant chocolate paste up to the pouring of the bars.

This production is limited and meant for the real chocolate freak.

Our back-to-the-roots alternative against the standardisation of industrial tastes. We’re proud of it!

Obviously we also want you to get to know the small niches of other cocoa farmers. This bean to bar production also happens in our shop, but with limited amounts of cocoa beans from little family companies we personally visited since cocoa-hopping has become an essential part of our expeditions. The harmony of subtle tastes in different kinds of beans seems endless, surely you will find one to your taste!

The building was known as a hostel, called 'Het witte peerd' in 1701. Guillaume van Lee visited the hostel after he had stolen a big, silver box with 400 hosts in the Church of Saint-Salvator on 15th June 1700. Then threw the 400 hosts into the toilet of the hostel and sold the silver box in Sluis. He quickly ate four hosts, which he found in his pocket, by himself.
With this act, he committed one sacrilege after the other, but he was soon unmasked.
Guillaume was put to death on 26 June 1700. His hands were chopped off, he was strangled by hanging on a pole and burnt. The cesspit of the hostel was emptied and its content was transfered to the graveyard of Saint Salvator. Shortly after, the hostel was demolished in order to build a chapel, there where the Holy Sacrament was being mistreated and thrown away. The chapel was converted into a residential building at the end of the 18th century. That's the exact place where The Chocolate Line is situated nowadays. 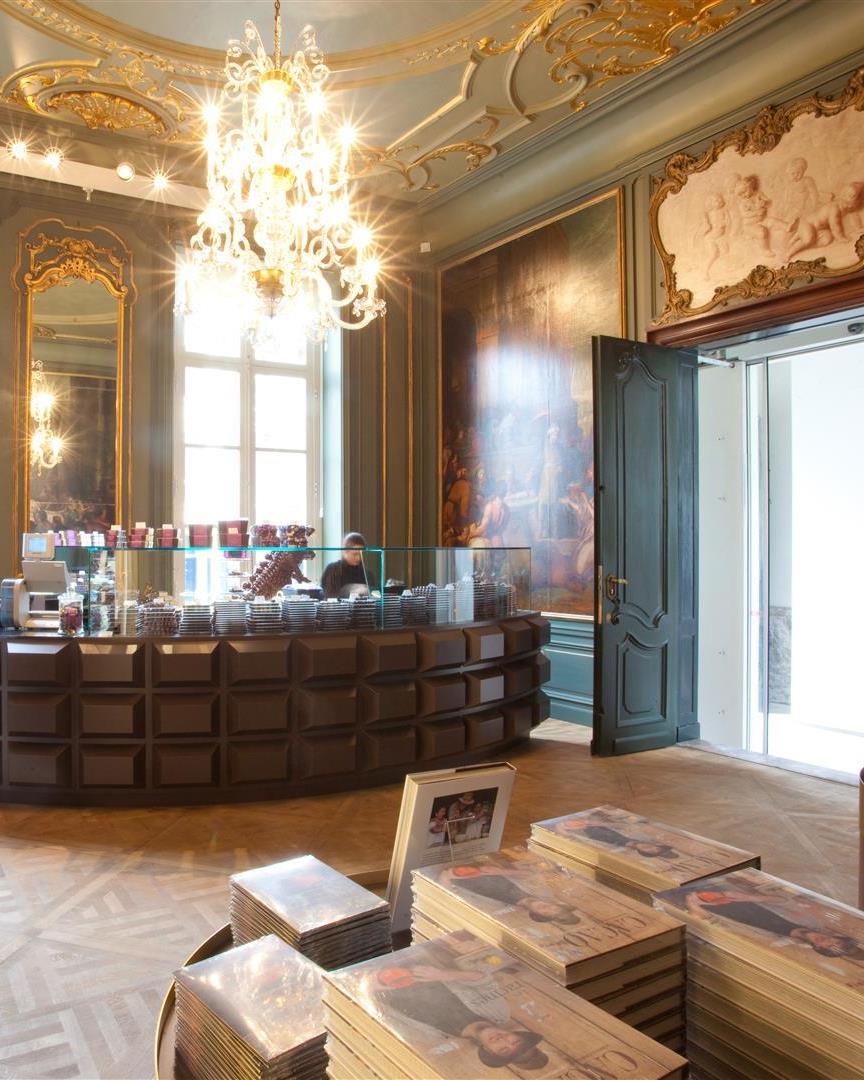 According to the memoires of Bourrienne, his private secretary, Napoleon loved a cup of chocolate, but when he bought and thoroughly renovated the Palace in 1799, he could not foresee that in his kitchen, some hundred years later, there would be some serious experimenting with one of his favourite ingredients.
Czar Alexander I, Willem I, the Prince of Orange-Nassau and Leopold II, who also stayed in the town palace, were real gourmets, and in those days chocolate was very expensive and only the rich could afford it. Probably these great men have enjoyed it!

The historic building is now back in full glory and we offer you our “noble” pralines in an authentic empire setting. Savour them with the idea that all glory is fleeting but what is truly delicious, stays.

In our shop in Antwerp we have a 'chocolate kitchen' where you can see our chocolatiers at work. The chocolatiers often make chocolate artwork that you can admire in our shop. One of our most famous artworks is our chocolate frog. Lots of selfies can be found on the worldwide net with our famous frog!

Outside the city center of Bruges you’ll find the Chocolate Line Factory. An ultra modern atelier that adds a new dimension to our chocolate craftsmanship. Chocolatiers ‘pur sang’ work with state-of- the-art equipment in optimal conditions and strive for absolute perfection every day.

Research & Development. It sometimes takes months, until a new chocolate is born. Experiment and try. Isolate and combine. Model and manufacture. Until it is right. Until it meets The Chocolate Line’s high standards. Flavor essences are caught in a perfectly dosed layer of chocolate. And yes, appearance does matter too!

A chocolate of The Chocolate Line combines all sensory experiences. Traditional or daring. Chocolates made ​​with love.

Unfortunately, visiting our Factory is not possible, but we would love to meet you in our shops in Bruges and/or Antwerp! 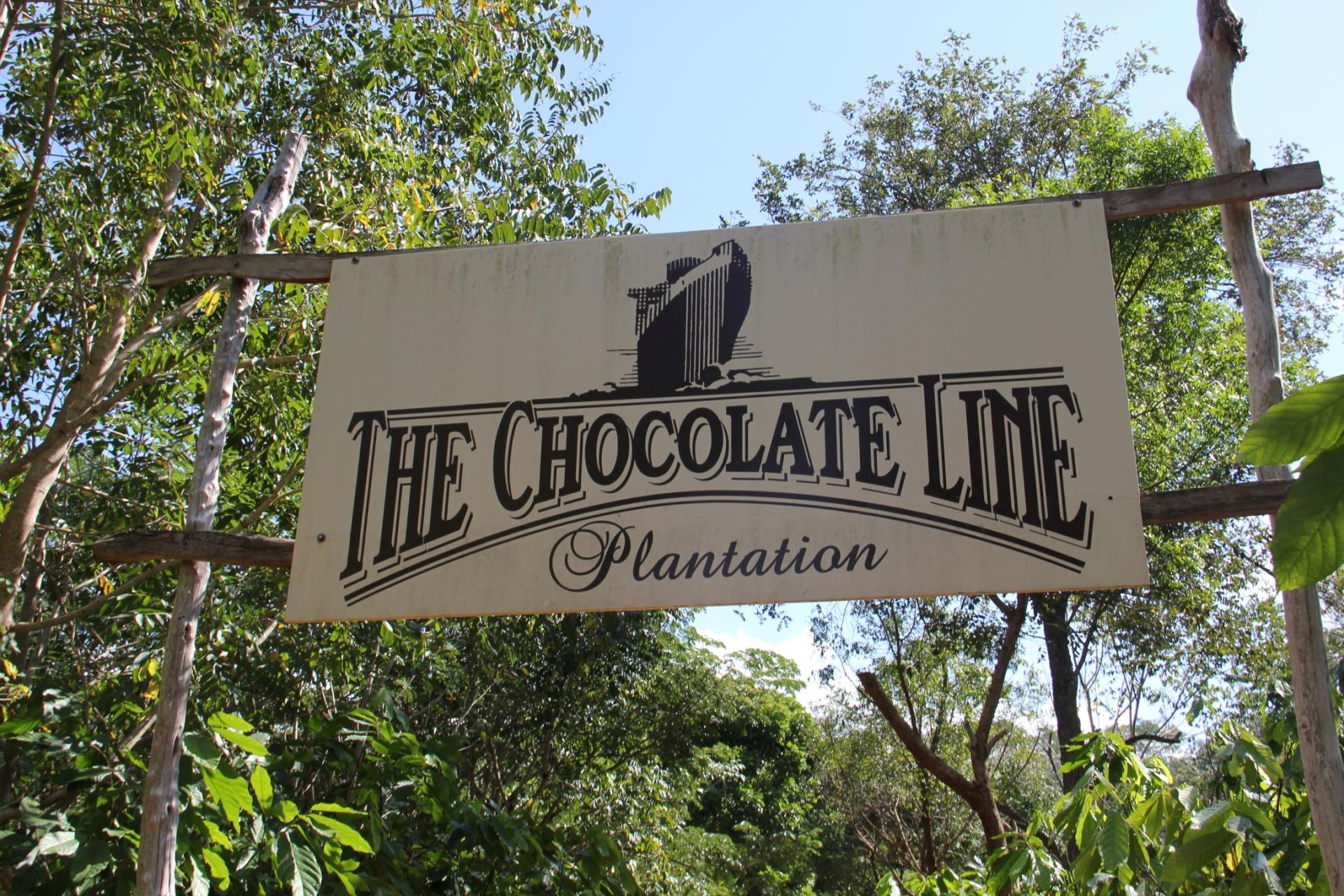 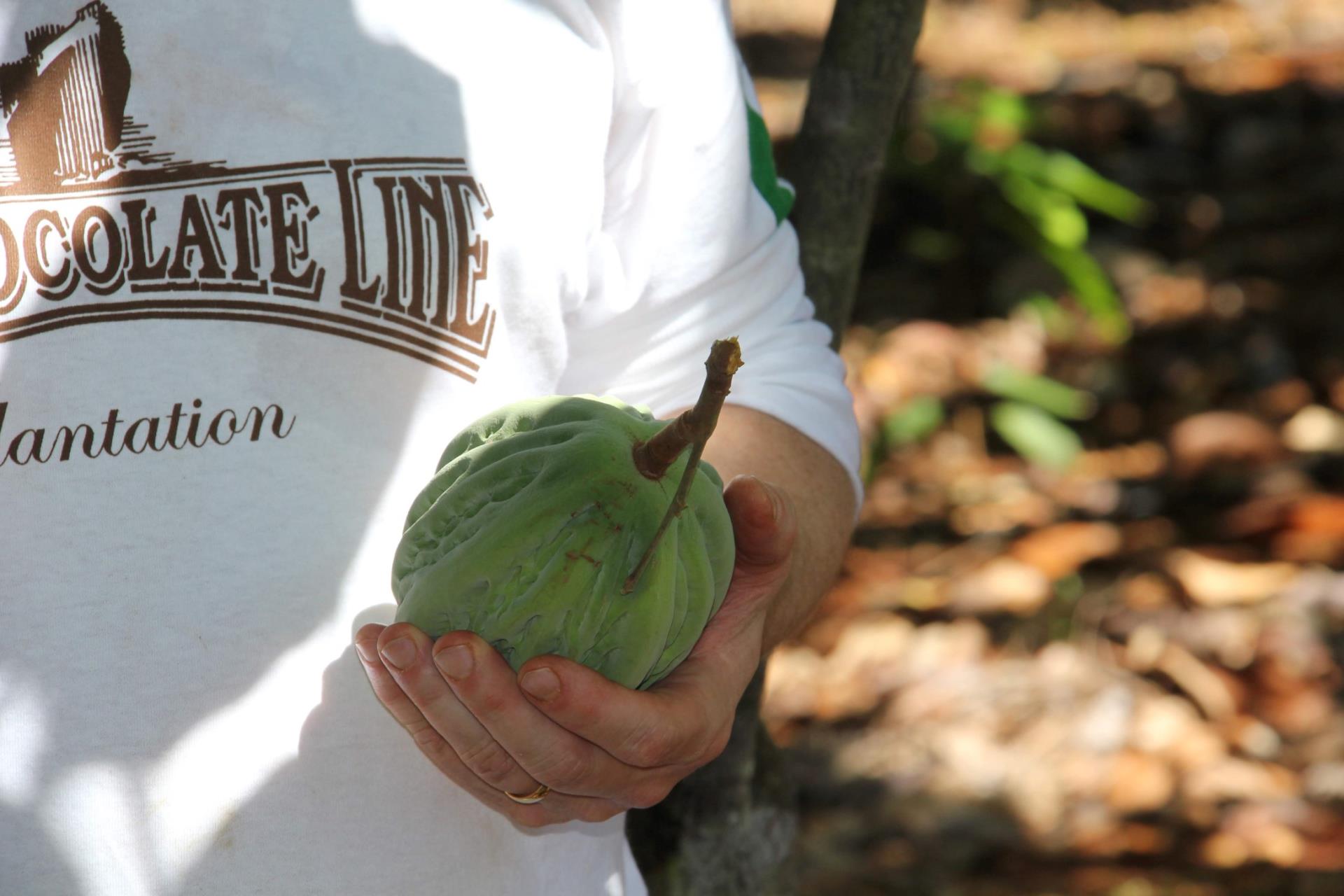 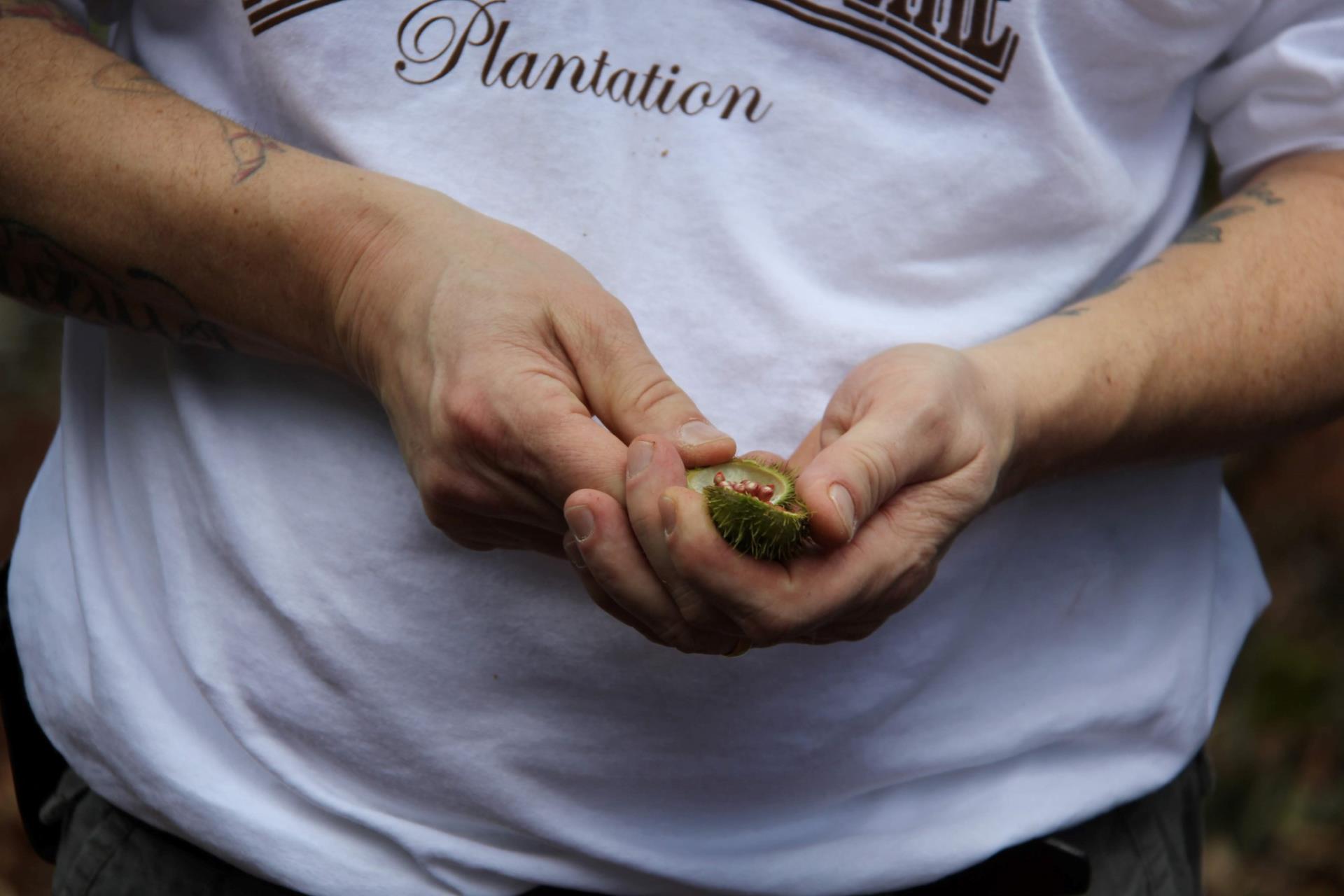 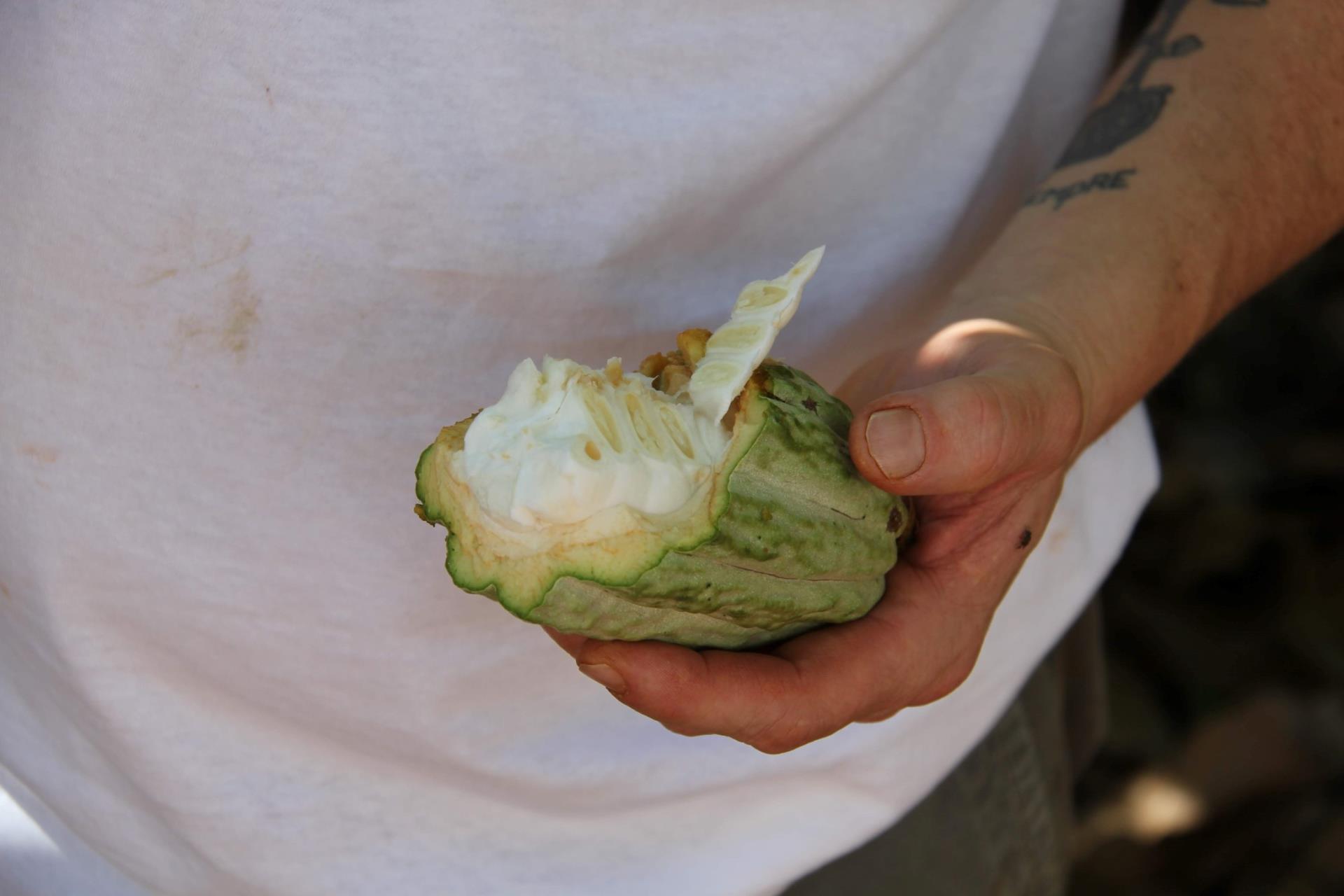 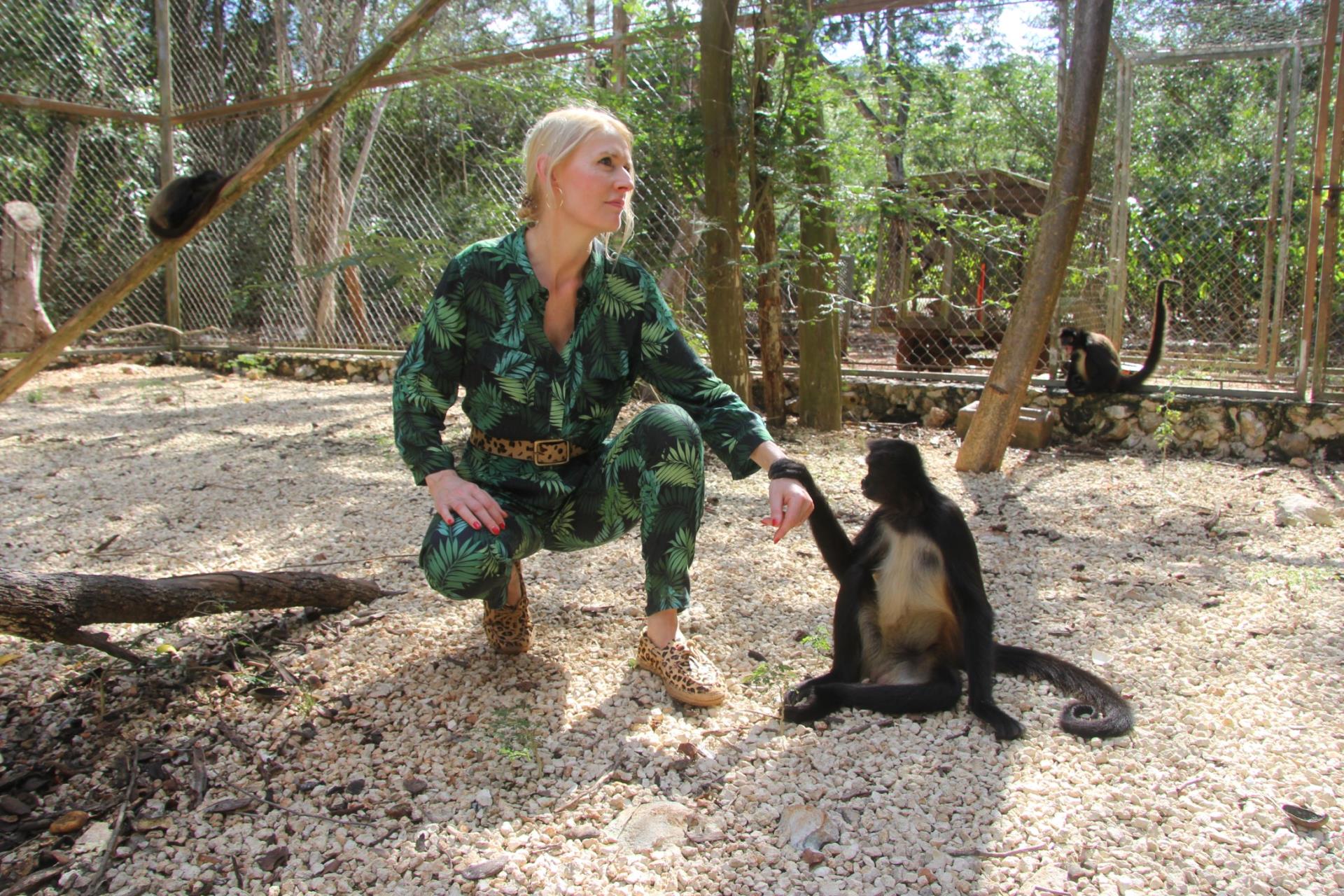 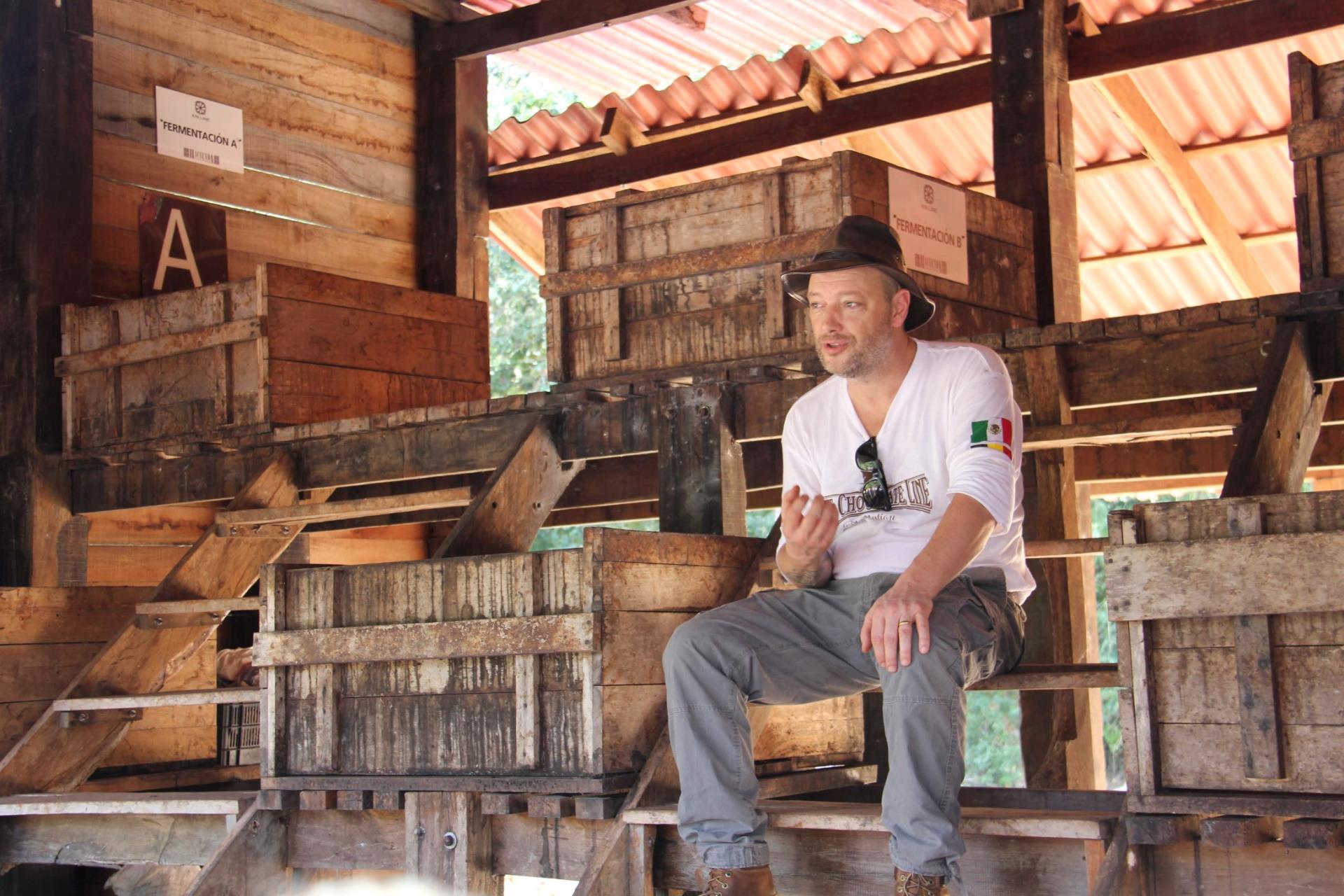 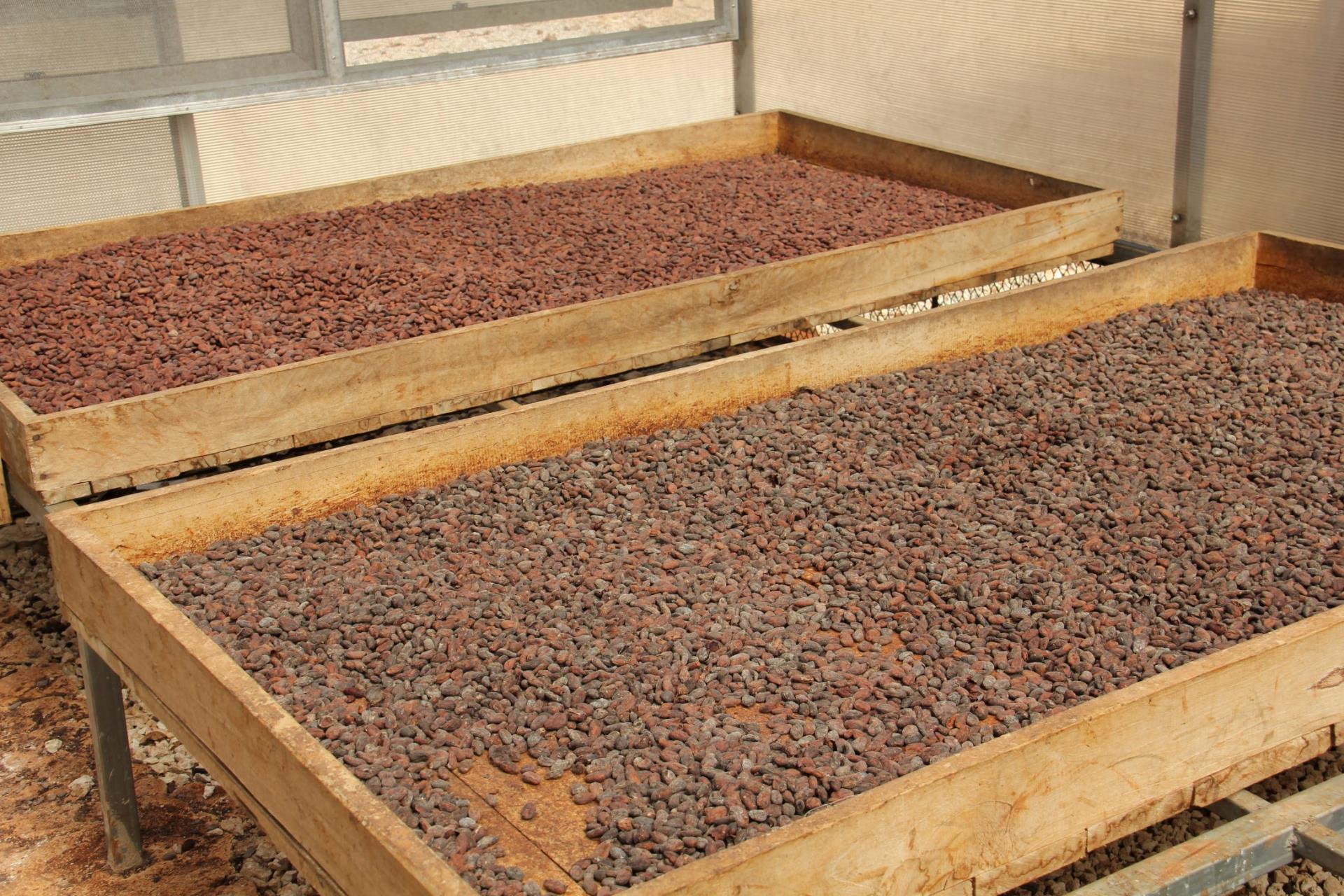 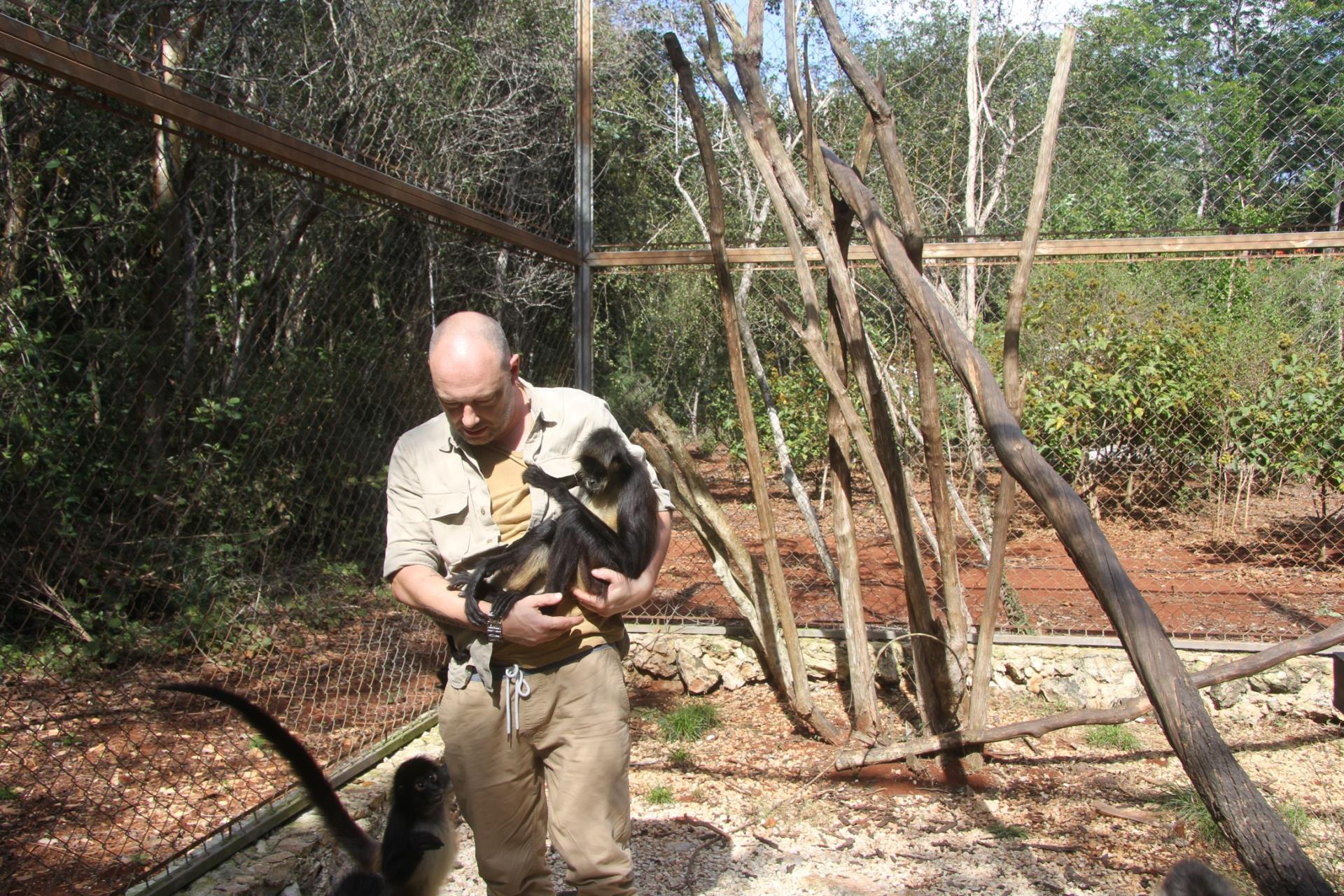 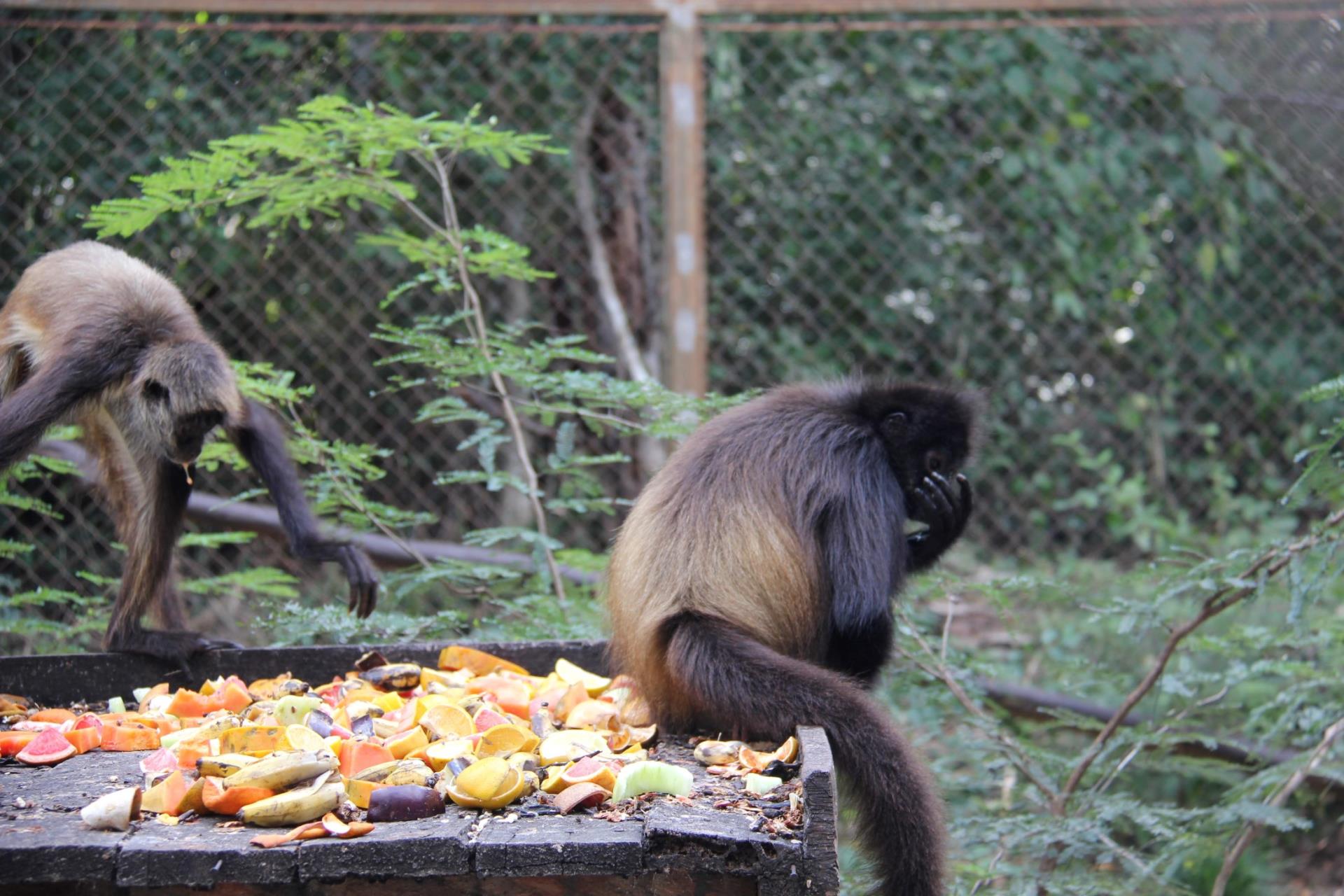 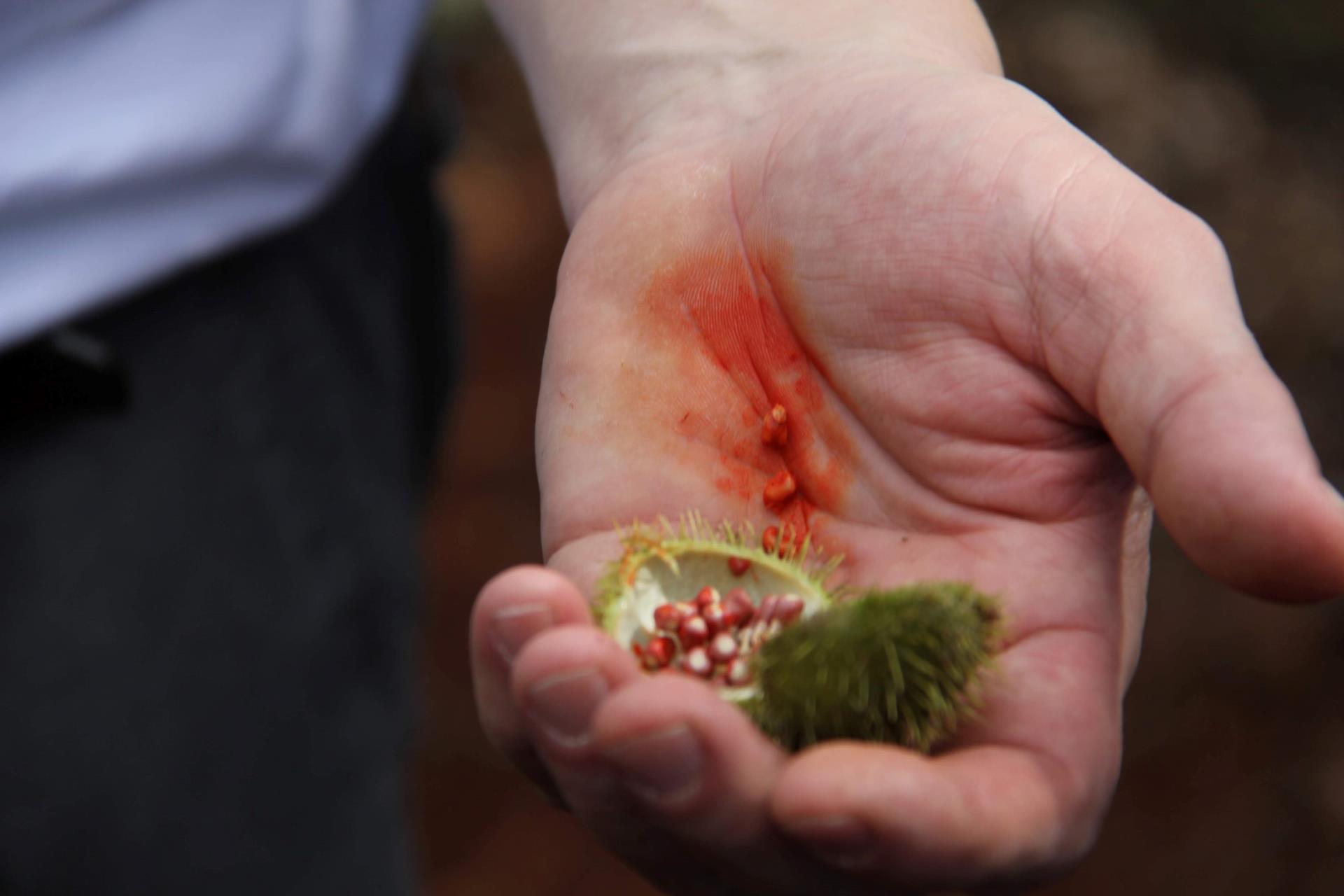 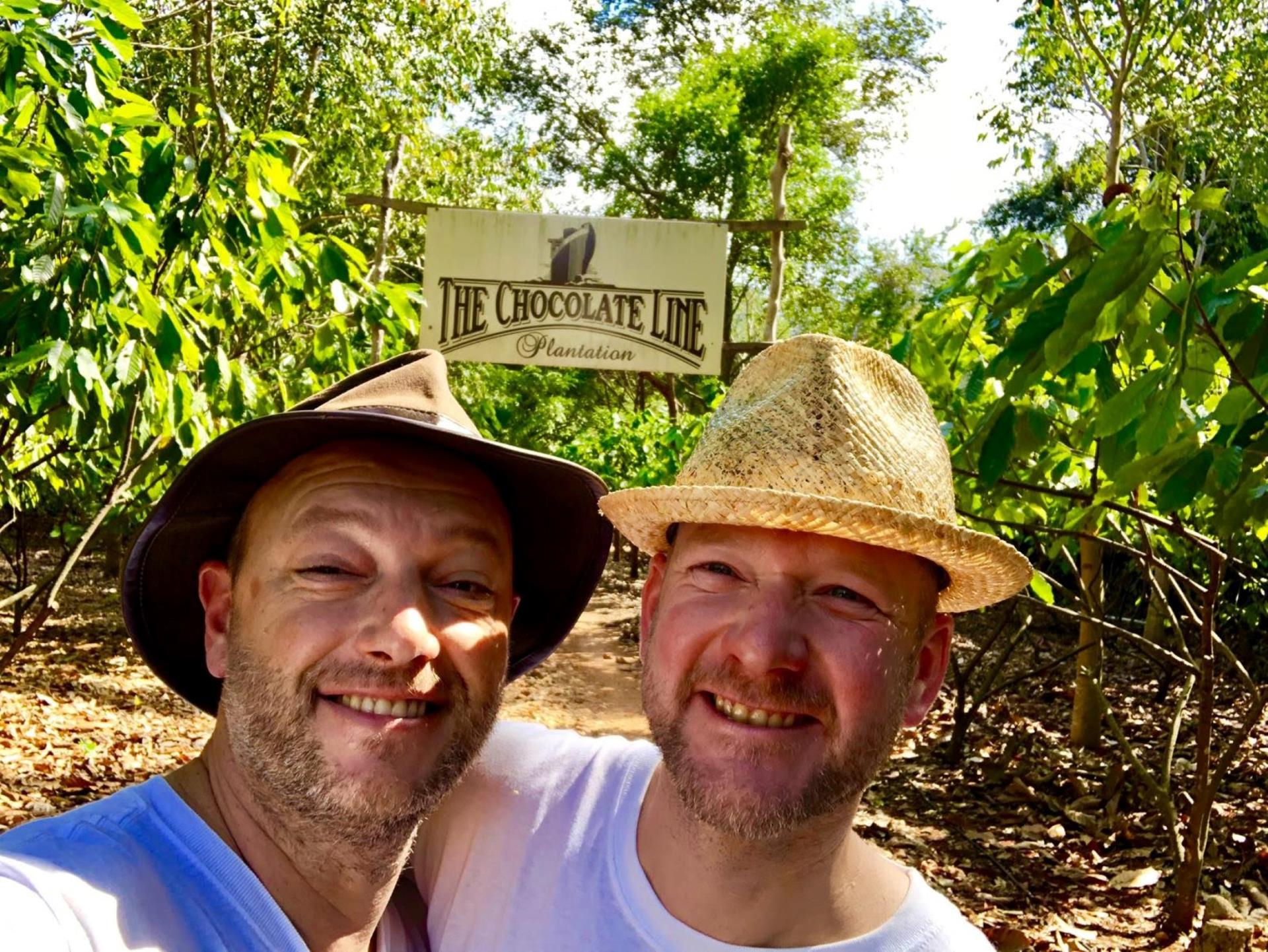 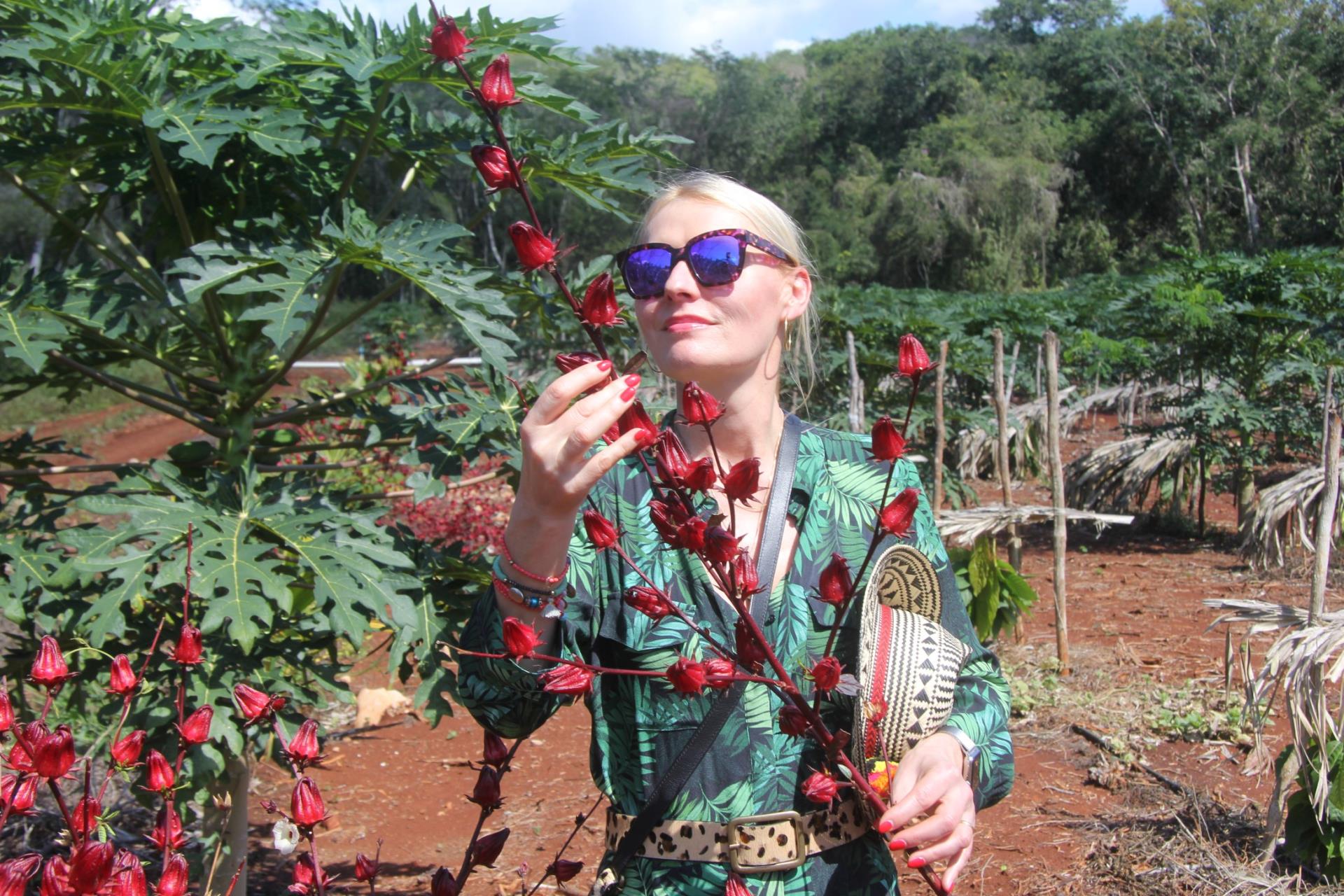 Real passion for chocolate starts with a perfect cocoa bean. The selected, exquisite, complex but also very fragile criollo bean thrives in Yucatan, Mexico. Thousands of years ago, the Mayas already cultivated and worshipped these sacred beans. Therefore we felt incredibly lucky to be able to plant our first cocoa trees in these historic soil, in the shade of majestic banana trees. Local cocoa farmers tend to them according to the ancient organic tradition. So we let nature do its work and therefore we can present you our homegrown delicacies.